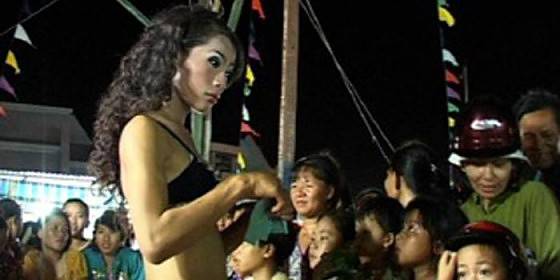 The feature debut of 29-year-old filmmaker Tham N’guyen Thi, Madame Phung’s Last Journey follows a troupe of Vietnamese cross-dressing singers on their journey through the country’s poor back roads for a year. Their fold-up fairground attractions include a lottery, a miniature train ride, an inflatable house, a merry-go-round, and a shotgun aimed treacherously at members while they are performing songs and sketches. The film is a poignant look at a mostly unglamorous life, featuring the struggles of the head troubadour Phung, a former monk who fell in love with another monk and embarked on this particular brand of migrant work. Amid ups and downs, hostility and discrimination, the touring party makes an honest living and forms a touching bond, captured candidly by Tham.

Tickets are available at: http://asiasociety.org/new-york/events/madame-phungs-last-journey