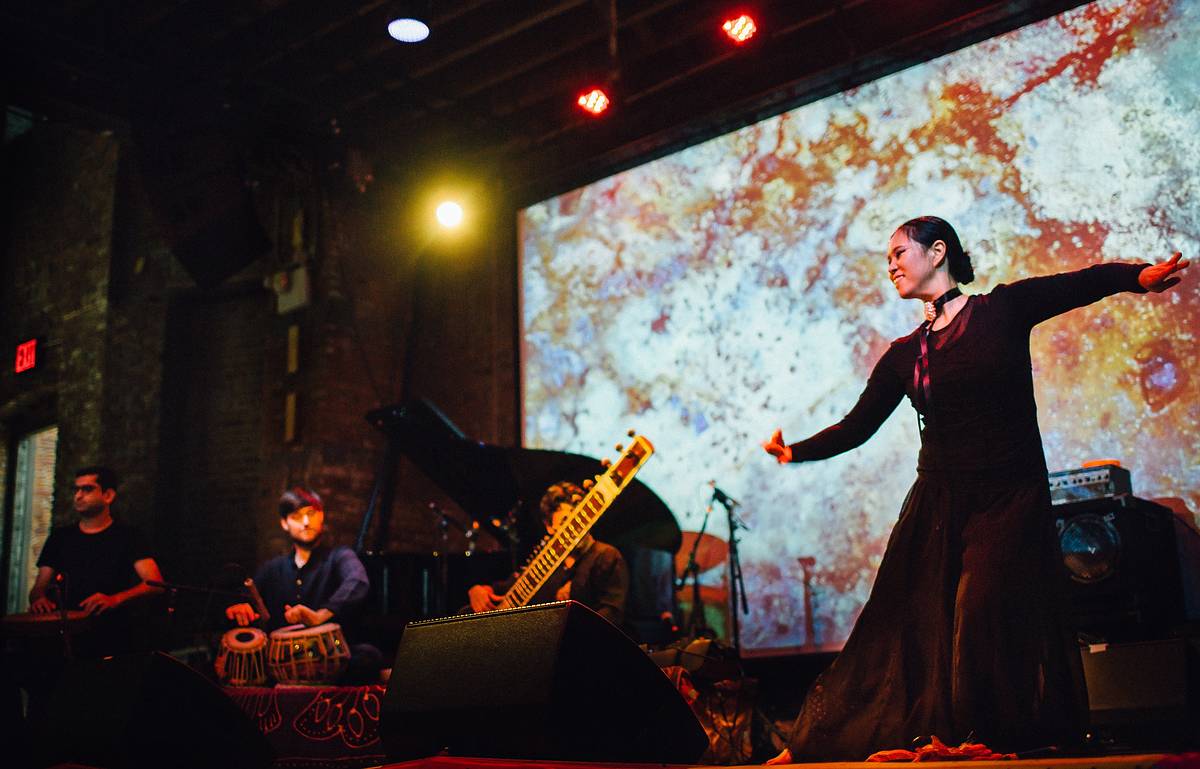 Born in South Korea, celebrated performer Jin Won spent 15 years living in India training in classical Kathak dance and tabla percussion. Kathak is a revered, centuries-old tradition in which the dancer ties dozens of bells to each ankle, which ring out as they move. Jin has been praised by the New York Times as “an exuberant dancer whose musicality transforms her dancing into something primal.” Since moving to America eight years ago, she has collaborated with Korean and Arabic traditional artists, and expanded her use of percussion instruments from around the world. Her latest piece blends classical Western music, ancient Indian chanting, and electronica.

Seating is on a first-come, first-served basis.