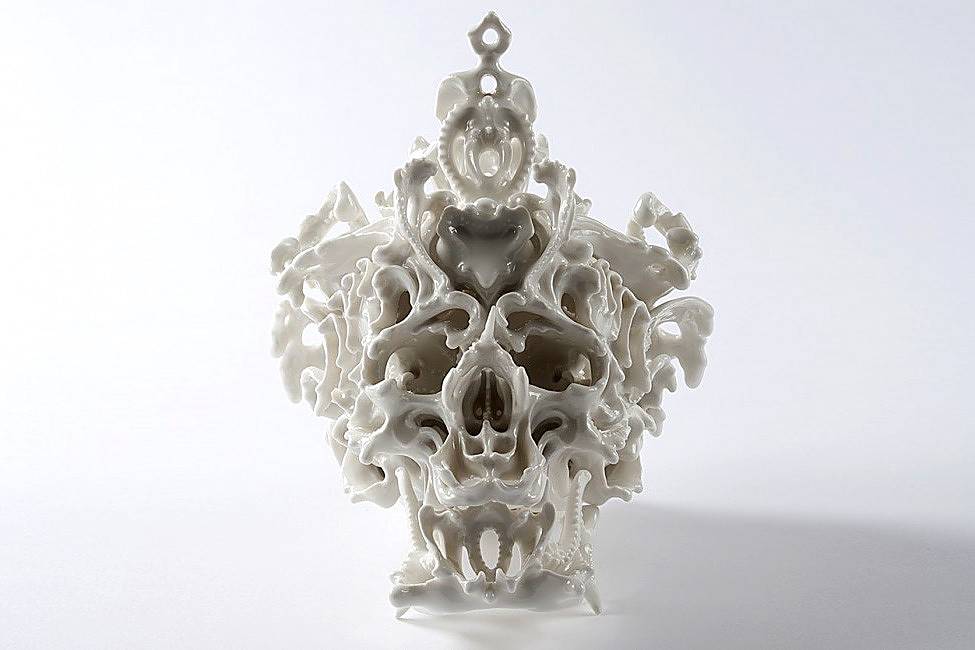 Japanese Kōgei | Future Forward showcases the work of twelve established and emergent kōgei artists, and examines the changing role of this discipline within Japanese culture today. Kōgei is a genre of traditional art that may be roughly translated as “artisan crafts”—a means of highly skilled artistic expression, both in form and decoration, that is associated with specific regions and peoples in Japan. The subject is steeped in tradition and rooted in upholding conventional cultural ideals and aesthetics through the mastery of specialized techniques and materials.

While contemporary kōgei remains ingrained in centuries of cultural history, the work of the artists in this exhibition reflects a decisive and somewhat controversial shift from that of their peers. Most kōgei artists see their role as one that upholds traditional Japanese culture of the past, as it was established in the late 19th-century Meiji period, which precludes the opportunity for personal expression or for addressing more topical, global issues. The artists inJapanese Kōgei | Future Forward transcend this convention by incorporating into their work a high degree of individual expression and addressing ideas about the “future.” The relationships of these artists to kōgei vary, reflecting the complex and evolving perceptions of the genre today. Drawing inspiration from current trends in animation, manga, design, and contemporary art, the individualism found in these works link them equally to art as to traditional craft, extending the vitality of kōgei into the 21st century.

Decoration inspired by current Japanese trends such as animation, anime and manga New applications of traditional techniques A high degree of individualistic expression in the manner of contemporary art New and unusual forms for traditional use Working within convention to extend the legacy to new audiences by training new generations and by teaching abroad.

Japanese Kōgei | Future Forward is organized by the Museum of Arts and Design and co-organized by the Agency for Cultural Affairs (TBC) and 21st Century Museum of Contemporary Art, Kanazawa (Kanazawa Art Promotion and Development Foundation).