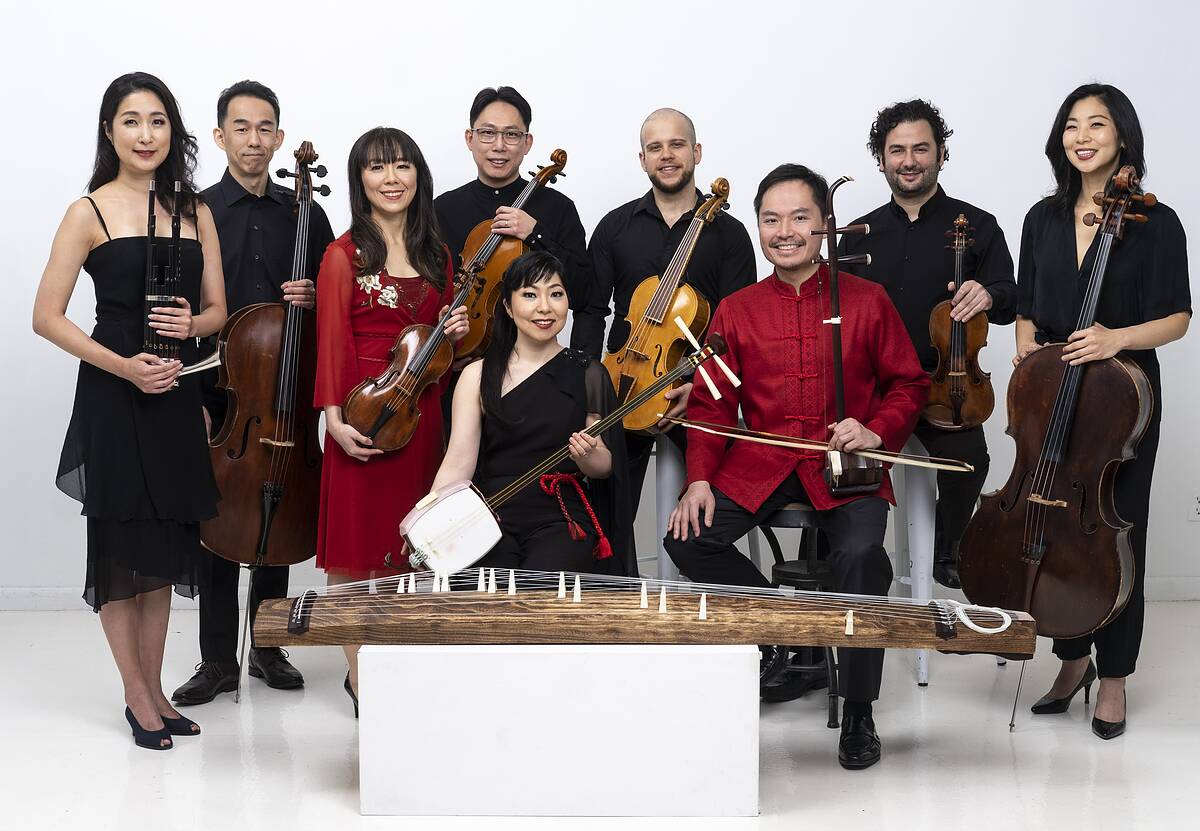 CRS presents the second of three concerts of AMI, a new series of chamber concerts by the international ensemble INTERWOVEN in the award-winning White Room at CRS. The concert will take place on Saturday, October 8 at 7:30 pm and will feature gamin (piri/saenghwang) with Alex Fortes (violin), Keiko Tokunaga (violin), and Ana Kim (cello), performing compositions by Ki Young Kim and Theodore Wiprud as well as New York premieres by William Cooper and gamin.

The Korean piri and saenghwang are small instruments capable of producing surprisingly loud, earthy, and otherworldly sounds. The Korean concept of pitch is quite variable – any note can be a gesture with rising or falling attack, middle, and release. This program pairs two compositions by Korean composers with two by composers from the West, each of whom was inspired to bring together the differing sounds and conventions of Korean woodwinds and western strings in distinctly different and thrilling ways, expanding the possibilities of each.

Tickets are $30 and are available online through eventbrite.com and at the door for cash only, if not sold out. Seating is limited and includes floor seating on blankets. All patrons must show proof of vaccination at the door in order to be admitted, no exceptions. In addition, masks must be worn throughout.

Founded by Grammy-winner Keiko Tokunaga, INTERWOVEN is a chamber ensemble whose mission is to bring together the sounds from different places and time. The ensemble name derives from the idea that music making is like creating a tapestry, woven together with threads that represent and celebrate diverse origins, traditions and materials.

Ami means “to knit” in Japanese and “friend” in many Romance languages. By bringing together musicians from different cultural backgrounds to play western and non-western music, traditional and contemporary, side by side, INTERWOVEN likewise hopes to introduce patrons of different backgrounds to the wonders and commonalities to be found in unfamiliar traditions, to inspire new friendships, and to strengthen our cross-cultural connections.

Deep listening forms the foundation of the practice and programming of CRS (Center for Remembering & Sharing). Free from distractions such as food and drink service, we share these opportunities to listen deeply with you, that we may let go of what we know or think, and simply experience.

The first concert in the series will take place on September 24 and will feature Yoko Reikano Kimura (koto) performing works by Grammy and Oscar winning composer Ryuichi Sakamoto and others. The third concert will occur on October 29 and will feature Andy Lin (erhu/viola), performing Chen Yi‘s Fiddle Suite for String Quartet and other compositions.