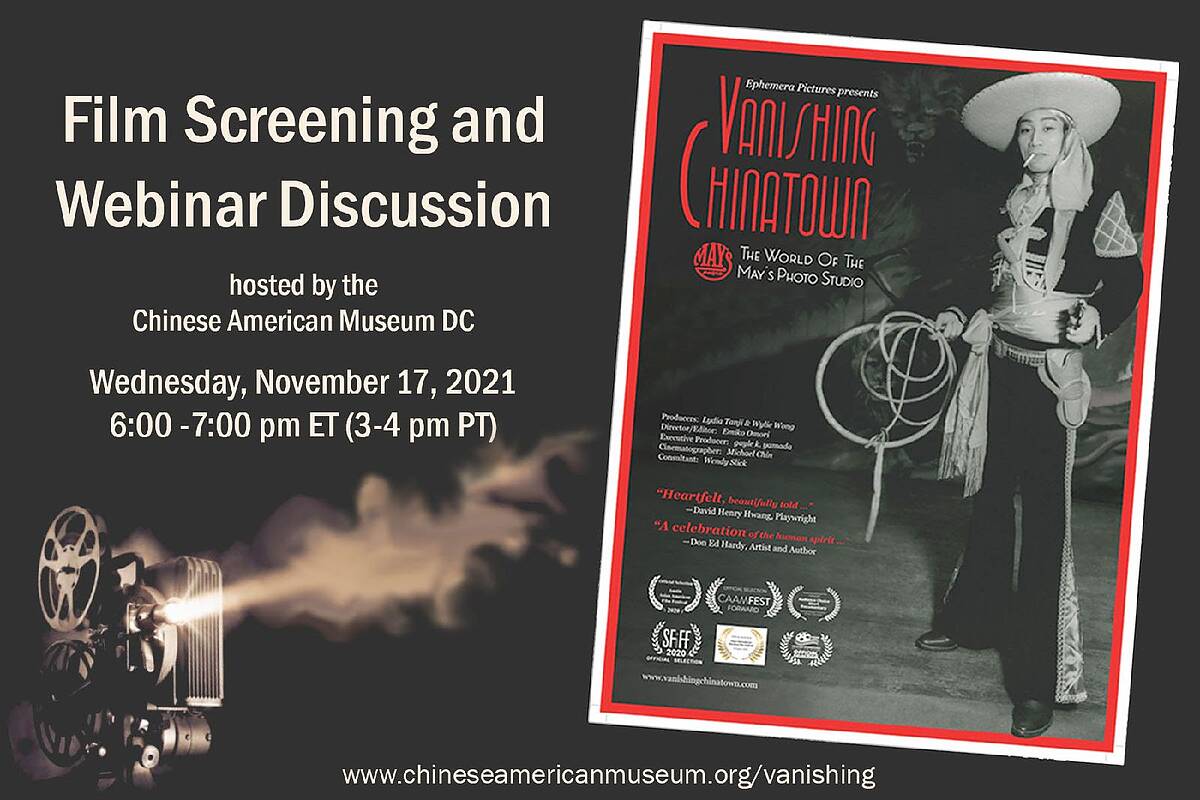 Vanishing Chinatown is a rescue story of early Chinese immigrant history, culture, and adaptation in America. An art student at the time, Wylie Wong serendipitously pulled more than 700 early 1900 images from a dumpster during a San Francisco building renovation. These arresting images are a rare intimate look at an immigrant people through the lens and legacy of The May’s Photo Studio, owned by Leo and Isabella May Chan Lee. Representing a vibrant and flourishing community despite racial discrimination and severely restrictive laws of the time, these photos could have been lost forever. But what could have been the end of a story instead became the beginning of another; Vanishing Chinatown: The World of the May’s Photo Studio.

The documentary will be streamed live during the Webinar presentation on Wednesday, November 17. Additionally, all registrants will receive a web link to watch the film at their convenience from Monday, November 15 – Friday, November 19.