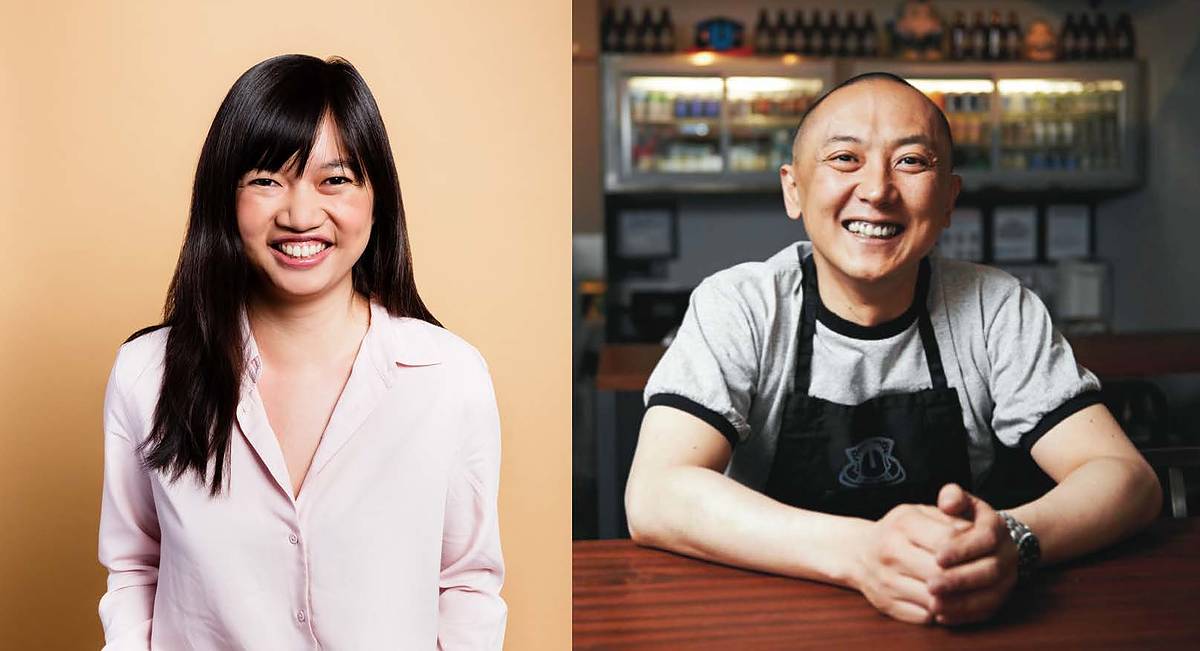 Join Serena Dai, Editor of Eater NY, for a conversation with Gaku Shibata, sake sommelier, entrepreneur, and founder of Gakusun Restaurant Group, in the secret speakeasy behind Ronin Stones on the Lower East Side. Serena and Gaku will discuss their journeys in the New York dining industry, the impact of Asian Americans on New York food culture, and the role of art, humor, and creativity in Gaku’s restaurant projects.

Ticket are $20 each and include one drink and small bites.
Proceeds support our free and low-cost programs throughout the year that create opportunities and ensure equity and representation for Asian American artists.

This program is part of our ConversAAtions series which brings together Asian American leaders and creators to inspire, inform, and connect members of our community. We discuss topics around issues of identity and the arts to encourage participants to share their thoughts and experiences, challenge us with new ideas, and offer suggestions for creating the reality we want to see. Conversations range from practical advice and sharing lived experiences to exploring creative concepts and ideas.

Serena Dai is the editor of Eater NY—a digital-only publication that is part of the national Eater network, covering restaurant news, where to eat, and everything else about the culture and business of dining out. In 2017, she oversaw the exclusive investigation on the alleged sexual misconduct of celebrity chef Mario Batali and the culture at his restaurants. She also pitched and hosted the first two seasons of Cult Following, a video series about restaurants that inspire obsession, and frequently writes about the intersection of identity and food. Previously, she worked as a local news reporter for DNAinfo. Her writing has appeared in New York, Esquire.com, the Atlantic’s former news blog, the Miami Herald, and papers across the country via the Associated Press.

Gaku Shibata is the founder and president of the Gakusun Restaurant Group. Born in Tokyo, Gaku left Japan when he was 20 to study at the Beijing Foreign Studies University, where he met his wife and business partner, Christy. After school, Gaku returned to Japan and started a number of businesses, including one that imported hot dog pushcarts from New York. After deciding he wanted to move to the US to start a Japanese food business, he became an apprentice at age 30 at a historic izakaya in Roppongi, Japan. Upon moving to New York, he found it very challenging, but persevered and opened his first restaurant, Yopparai on the Lower East Side in 2012. Gakusun Restaurant Group now includes Azasu, Yopparai, and Ronin Stones.