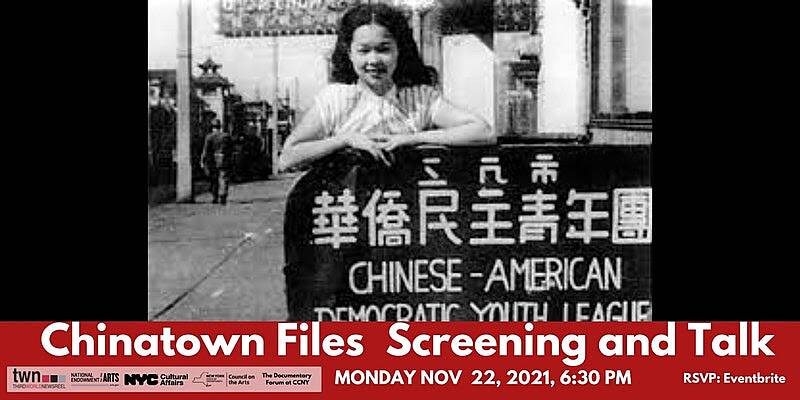 Monday, November 22, 2021
6:30PM
Join Third World Newsreel and the Documentary Forum at CCNY for a screening of CHINATOWN FILES (2001, 57 min) and conversation with producer/director Amy Chen and filmmaker/multimedia artist and activist Betty Yu. This documentary brought to the public, for the first time, a story deemed classified by the U.S. government for over four decades. During the McCarthy era, the loyalties of over ten thousand American citizens of Chinese descent were questioned based on their ethnicity and alleged risk to national security. CHINATOWN FILES explores the roots and legacy of the Cold War on the Chinese American community during the 1950s and 1960s, and presents the firsthand accounts by seven men and women of being hunted down, jailed and targeted for deportation in America. In the face of today’s rising anti-Asian violence and U.S.-China tensions, CHINATOWN FILES is a cautionary tale of paranoia and hysteria that serves as a dramatic and enduring reminder of the fragility of constitutional protections.