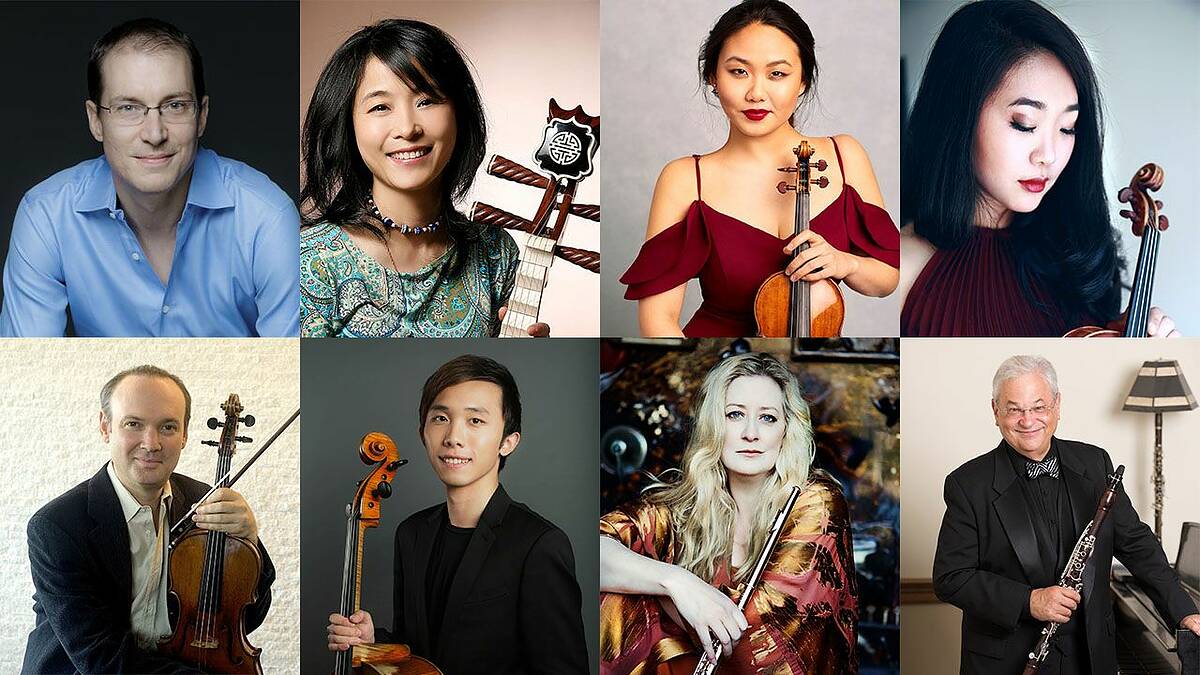 Join artists from the Chamber Music Society of Lincoln Center for China Inspirations at Alice Tully Hall, an evening of discovery and joy featuring the voices of Chinese music today through the intimate yet grand art form of chamber music. From several composers, established to emerging, audiences will hear the broadest range of music evoking everything from the expansive sounds of nature to the inward, touching musical utterances that explore memory and nostalgia. The program features two composers, Zhou Long and Chen Yi, who were recipients of the distinguished CMS Stoeger Prize for composition, the former having written Tales from the Nine Bells which will be a homecoming performance seven years after the premiere of this CMS co-commission. Also featured on the program are titans of the Chinese repertoire – Ye Xiaogang and Tan Dun – both of whom celebrate their heritage and their past with their art. Bun-Ching Lam’s work showcases how she meticulously develops basic musical materials into intricate, elegant works of beauty. Additionally, CMS artists will perform a recent work by the emerging star Dai Wei, who beautifully and sensitively depicts serene devotion despite all odds. Artists will include Wu Man, pipa; Gilles Vonsattel, piano; Stella Chen and Kristin Lee, violin; Paul Neubauer, viola; Sihao He, cello; Tara Helen O'Connor, flute; David Shifrin, clarinet.

As China’s only central state-owned cultural enterprise that has performance and exhibition business worldwide, CAEG has developed a nationwide market network of international performing arts, art exhibitions, and culture & tourism and theater operation, and set up branches in major cities in China and some European and American countries. It initially established an integrative operating system under the guidance of “Starting from China and going global” and is expanding its presence at home and abroad. CAEG was elected one of the Top 30 China Cultural Enterprises for eight consecutive years since 2009.

Tickets for China Inspirations begin at $25 and are available online at www.lincolncenter.org, by phone at 212-721-6500, or by visiting the Alice Tully Hall Box Office at 1941 Broadway at West 65th St., NYC.