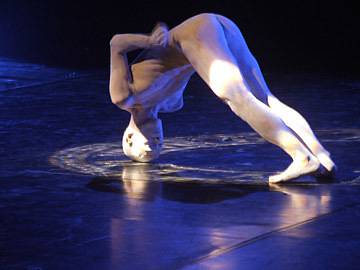 April 12, 201512 to 6pm6 hoursKatsura KanBased in Kyoto, began in Byakkosha in 1979 as a dancer. Left Byakkosha in 1981, started to organize Multinational Dance Company “Katsura Kan & Saltimbanques” in 1986. Since then, study project with Asian Artists and held International Workshop Festival “Harvesting Beauty in the field” in Kyoto 1991~94. In 1997 moved to Bangkok for seeking the footprint of White Elephant in pre-modern society for the collaboration in Asian Contemporary theatre. In 2001, started research project about “minority” to collaborate in Bosnia, Serbia and Greece in summer. Currently working on Samuel Beckett text called “Beckett Butoh Notation” in Paris and Naropa University in Boulder Co. At the same time, organize the Academic Butoh Conference all over the world for the next generation.At Cameo Studios307 West 43rd StreetStudio Acorner of 8th avenue in Manhattan

by pre registration only

This program is supported in part, by public funds from the New York City Department of Cultural Affairs, in partnership with the City Council.