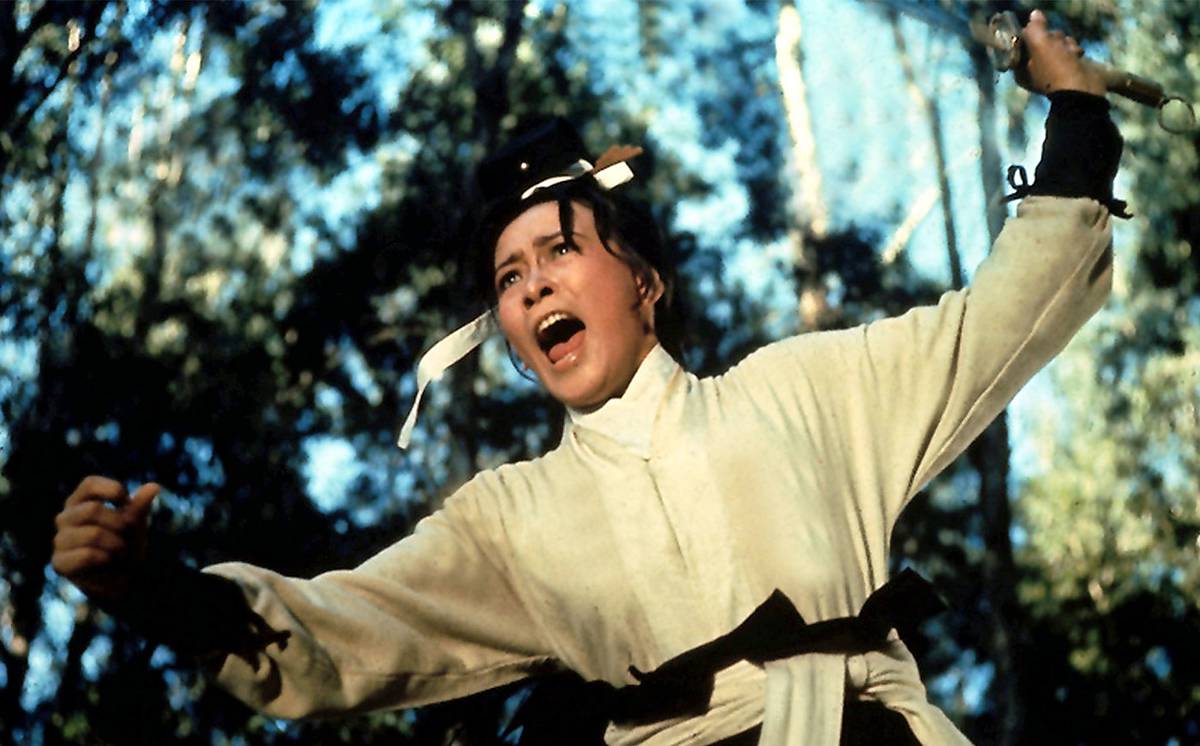 A Touch of Zen

(1971-72) In 15th century China, toothily nerdy scholar and painter Shih Jun and his nagging mother live next to an abandoned fort reputed to be haunted – so who is that mysterious, beautiful Hsu Feng who’s moved in? – a ghost? And what is that stranger who wants his portrait painted really up to? And what about the doctor who won’t take money and is the blind fortune teller really blind? But a flashback to scheming and murder at the highest levels of the court starts the answers and the battles coming: the elaborate ambush at the fort that engulfs an entire assassination cohort, to the chortling delight of its unlikely strategist – until, he realizes, in the light of day, there are dead people here; the fight in the bamboo forest that took 25 days of shooting (its hollow was sunlit only a few hours a day); the fight through incredible rock formations and rivers cutting between up-rearing crags; and a final showdown in spectacularly godforsaken desert that leaves one opponent’s vision reduced to color negative, the other bleeding golden blood, a climax mystically Buddhist (Taiwanese writer/director Hu admitted that he himself was not Buddhist). Hu’s epic of wuxia (ancient martial arts), begun in 1969, entailed meticulous preparation and care – the fort took 9 months to get right, partly to let the overgrowing vegetation to grow in place; and an epic battle with the producer, who insisted it be released in two still-truncated parts; Hu only got it his way in 1975, when a nearly complete version was shown at Cannes, where it won the Grand Prize for Technical Achievement – and an apology from his studio heads. This new restoration of Hu’s complete 3-hour epic returns the exemplar and template of an entire genre to his original vision. In Mandarin, with English subtitles. Restored in 4K by L’Immagine Ritrovata, with original materials provided by the Taiwan Film Institute. Approx. 180 mins.