Asian American Arts Alliance (A4) is proud to announce the 23 artists selected to participate in the pilot 2020 A4 Virtual Residency Program (A4VR). The A4 Virtual Residency (A4VR) is a new four-month program designed to support artists working remotely during this unprecedented time, with a focus on the process of creating new work and building a network of mutual support for multidisciplinary emerging and mid-career artists. This residency, which explores an alternative model in the digital space, is a collectively-led artist group that fosters a grounded, intersectional creative space for artists to experiment, exchange ideas and skills, collaborate on projects, provide feedback, and hold each other accountable. The artists-in-residence were selected from more than 80 applications from across the U.S. and represent a strong commitment to their craft and leadership, as well as a deep desire to build an engaging, collaborative, close-knit artist community. Due to the high demand in the program and the shared need for community, A4 expanded the program by forming two cohorts of artists to participate in the program, and also launched a new initiative, Artist Blind Dates (ABD), where applicants can sign up to be paired with another artist with similar interests and goals to meet, share ideas, and keep each other accountable.

Angelique De Castro (Multidisciplinary/Visual Arts/Technology)
Angelique is an artistic technologist exploring the intersections and impact of code and culture. de Castro is a developer at The New York Times where she engineers reader and editorial facing products that help readers dive deep and understand the news. She is also an illustrator and experimental 3D animator.

Bhurin Sead (Music/Theatre)
Bhurin is a performer, theater maker and musician. Exploring interactivity through performance, participation and technology, Bhurin is interested in performer/audience relationships and the possibilties of connections that their interactions reveal. Bhurin has performed and collaborated as a Blue Man with Blue Man Group since 2008. He is currently a full-time cast member at Astor Place Theater in New York, NY.

Eunbi Kim (Music)
Eunbi (pronounced OON-bee, like book) is a pianist creating new ways of experiencing concert music as a performer, speaker, and arts advocate. Through these avenues, Kim shapes the concert experience on and off the stage by seeking interdisciplinary collaborations, commissioning new works, and mentoring the next generation. Her adventurous performances are characterized by their vividly personal themes ranging from dreams to mental illness to familial memories to finding meaning within life. Kim has received international recognition, including from the BBC, I Care If You Listen, the Houston Chronicle, The Japan Times, and NHK Television.

Karen Y. Chan (Film/Video/Multidisciplinary/Visual Arts/Writing)
Karen is an interdisciplinary artist based in New York, NY. Chan explores ways of expressing complex and everyday emotions that are often difficult to define with the tools or languages available to us. In her experimenting and reworking of familiar materials with the obscure, she invents new ways of articulating what we experience as fear, longing, and grief—laying bare vulnerabilities and desires in their most raw forms.

Mai Lê Hô (Dance/Multidisciplinary)
Mai Lê is an arts educator, dancer, choreographer, dj, and curator who relocated to Brooklyn in 2009. Since 2013 Mai Lê has been a lead dancer in the pioneering street dance theater company Rennie Harris Puremovement, performing throughout the United States (Lincoln Center, NY; The John F. Kennedy Center for the Performing Arts, The Music Center, CA), and abroad (US Cultural Ambassador in Central Africa in 2013). She’s a core member of the emerging Passion Fruit dance company, which has presented performances at the Apollo Theater, Dance Place DC, Harlem Stage and Montréal arts interculturels.

Maritess Zurbano (Writing, Theater, Film/Video, Multidisciplinary, Comedy/Improv)
Maritess Zurbano is an internationally renowned master magician and hypnotist with nearly two decades of experience. She has presented lectures and performances for her colleagues and audiences around the world, in cities including Las Vegas, New York, Berlin, and Japan.

Migiwa Miyajima (Music)
Migiwa “Miggy” Miyajima is a jazz composer and leader of the passionately swinging 17-piece Miggy Augmented Orchestra, which released its ArtistShare debut Colorful in 2018. Miggy has worked with Slide Hampton and the Vanguard Jazz Orchestra and is the first Japanese big band leader to headline Birdland (in 2017) since the great Toshiko Akiyoshi in 2003. She was one of 60 inaugural recipients of the Jerome Foundation’s Jerome Hill Artist Fellowships and a 2015 finalist for the BMI Charlie Parker Jazz Composition Prize. In 2018 she co-founded the New York Jazz Composers’ Mosaic.

Nirmal Raja (Craft/Film/Video/Multidisciplinary/Visual Arts)
Nirmal is an interdisciplinary artist in Milwaukee, WI. She holds a BA in English Literature from St. Francis College in Hyderabad, India; a BFA from the Milwaukee Institute of Art and Design and an MFA from the University of Wisconsin Milwaukee. She has participated in solo and group shows in the Midwest, nationally, and internationally. Raja received the Mary L. Nohl Fellowship for Individual Artists for the year 2020-21.

Woody Fu (Comedy/Improv/Film/Video/Writing)
Woody Fu is an actor/creator based in New York. He’s appeared on Comedy Central, CBS, FX, Amazon, and the forthcoming ABC Discovers 2020 Actor Showcase. He was a lead in the feature Lucky Grandma, which premiered at Tribeca Film Festival. Woody trained at the Upright Citizens Brigade Theater in NY, where he performed on Maude Night (sketch), Characters Welcome (characters), and Baby Wants Candy (musical improv). As a creator, Woody co-wrote and starred in the digital sketch series UR Asian Friend, produced by UCB Comedy and Nerdist.

Alex Lin (Multidisciplinary/Theater/Writing)
Alex is an Asian-American playwright, screenwriter, and journalist. As an ex-STEM kid from Bergen County, her work is powered by a drive to bridge the gap between the science and entertainment industries. Her plays have been workshopped and produced with Women’s Theatre Festival, The Rude Mechanicals, Miami University, Actors Theatre of Louisville (PTC), University of Idaho, and Gabriel Stelian-Shanks’ directing cohort at Pace University. She is a 2020 Pass the Pen nominee at Ashland New Plays Festival, and a 2020 ScreenCraft Stage Play Quarterfinalist.

Cinthia Chen (Film/Video/Multidisciplinary/Theater/Photography)
Cinthia is an interdisciplinary artist. She was a Mabou Mines SUITE/Space artist, Fresh Ground Pepper BRB Resident Artist, Creators Collective’s AEIN artist, as well as Theater Mitu’s Hybrid Arts Lab inaugural fellow and a guest artist for their upcoming show Utopia. Cinthia also works as a prop designer and projections designer in theater, and was recently recognized for her work in projections at La MaMa’s Design Fest. In film, she has worked as an editor and videographer for independent artists, as well as production companies such as Five Sisters Productions and ARRI China.

Jennifer Cho Suhr (Film/Video/Writing)
Jennifer is a Brooklyn-based writer and director working in live action and animation. She is currently developing her debut feature, You and Me Both, which was selected for Tribeca Film Institute’s All Access, both the Film Independent Producing Lab and Fast Track programs, and was a finalist for AT&T Presents: Untold Stories. She’s written and directed award winning shorts (Saeng-il, Out There, Welcome to Doozy), web series (American Viral, executive produced by and starring Michael Showalter), and most recently was a writer for Ludacris’ upcoming animated series, Karma’s World, produced by 9 Story for Netflix.

Midori Larsen (Music)
Midori Larsen is a composer-pianist and writes for a small ensemble combining the Japanese and Western instruments and musical elements. An interdisciplinary artist, she incorporates non-musical components such as storytelling and body movement into her works and performances. She appears in concerts as a pianist, taiko drum player, and storyteller. She has performed at Lincoln Center and Tokyo Opera City, among others, in the US, Japan, Italy, and Spain. Her recent works include Yukiwatari, music written to accompany the original story by Kenji Miyazawa, featuring shinobue, piano, taiko and percussion.

Rachel Lin (Theater/Writing/Film/Video)
Rachel is a NYC-based actor and writer. She is a first-generation immigrant born in the UK, raised between Brooklyn and Manhattan’s Chinatowns. A proud alum of NYU’s Tisch School of the Arts, she now works on new plays and reimaginings of old plays. Previously, she was in Montana doing a production of War of the Worlds at Montana Rep. Since quarantine, she has been writing a full-length play commissioned by the Hearth about female friendships. She often writes about heartbreak. Rachel hosts and produces a podcast called Upstage Left, featuring intimate conversations with theater-makers she admires. She is a member of Ensemble Studio Theatre.

Ray Jordan Achan (Film/Video/Theater/Writing/Photography)
Ray is a Guyanese American, Brooklyn based actor, director, writer and producer. Ray is the Founding Artistic Director of EXILED TONGUES. He is an Associate Member of the Stage Directors and Choreographers Foundation. Ray is the recipient of the Pet Project Grant by Jeremy O’Harris and the Bushwick Starr for his original play, Free Fallin’, which is set to premiere at the Hudson Guild Theater in June 2021. Ray previously directed the Off-Broadway production of Sharum at the Player’s Theater and Cut Woman, which premiered at the Prelude NYC 2020 Festival.

Sammy Lee (Craft/Film/Video/Multidisciplinary/Visual Arts)
Sammy studied fine art and media art at UCLA and architecture at UMass Amherst. Lee’s work has been exhibited internationally and can be found in collections at the Getty Research Institute, Bainbridge Island Museum of Art, Spencer Museum of Art, Denver Art Museum, and the Spanish National Library in Madrid. Among her many accomplishments is a performative collaboration with Yo-Yo Ma during The Bach Project tour in 2018. Lee serves as an ambassador for Asian Art at the Denver Art Museum, and operates a contemporary art project and residency space called Collective SML | k in Denver’s Santa Fe Art District.

Sarah Chien (Dance/Visual Arts)
Sarah is a Brooklyn-based dancer and producer who creates improvised works with collaborators from dance, music, circus, and theatre. She has performed her own and collaborative projects in Greece, Slovakia, Spain, and Italy. In New York, her work has been shown at Joe’s Pub, University Settlement, Brooklyn Studios for Dance, Triskelion Arts, The Kraine, Arts on Site, The Brick, Eden’s Expressway, and Chez Bushwick. She is known for a grounded, emotive movement style and welcoming work that straddles the abstract and the accessible.

Vinay Hira (Film/Video/Music/Theater/Visual Arts)
Vinay Hira is a multidisciplinary artist based in New York, NY. His self-referential aesthetic and varied self-taught technique produces work that distorts the image of a charming commonwealth brown boy. Hira’s work dips in and out of pop culture, existing in the liminality between eccentricity and instability where our deepest desires and greatest insecurities threaten to spill from our mouths. Hira is a trained marine scientist and plant pathologist who was flung into artistic notoriety whilst working in sterling bond investment in the bourgeois New Zealand suburbs.

Yikui (Coy) Gu (Visual Arts)
Coy was born in Nantong, China and emigrated to Albany, NY at the age of seven. He has exhibited his work nationally and internationally in New York, Miami, Philadelphia, London, Berlin, and Siena, Italy. His first New York solo exhibit is scheduled for Spring 2021 at the Chinese American Arts Council. He has been an artist in residence at the School of Visual Arts in New York and his work is held in the permanent collections of the Brooklyn Art Library (Brooklyn, NY, the Siena Art Institute (Siena, Italy), Camden County College (Blackwood, NJ), and numerous private collections. 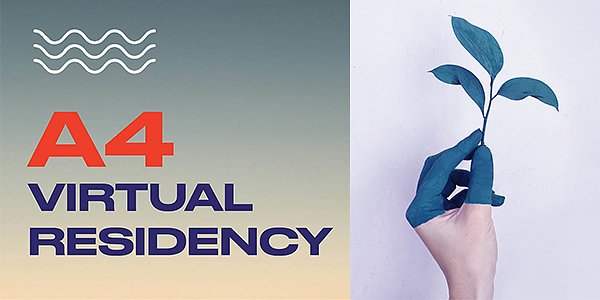 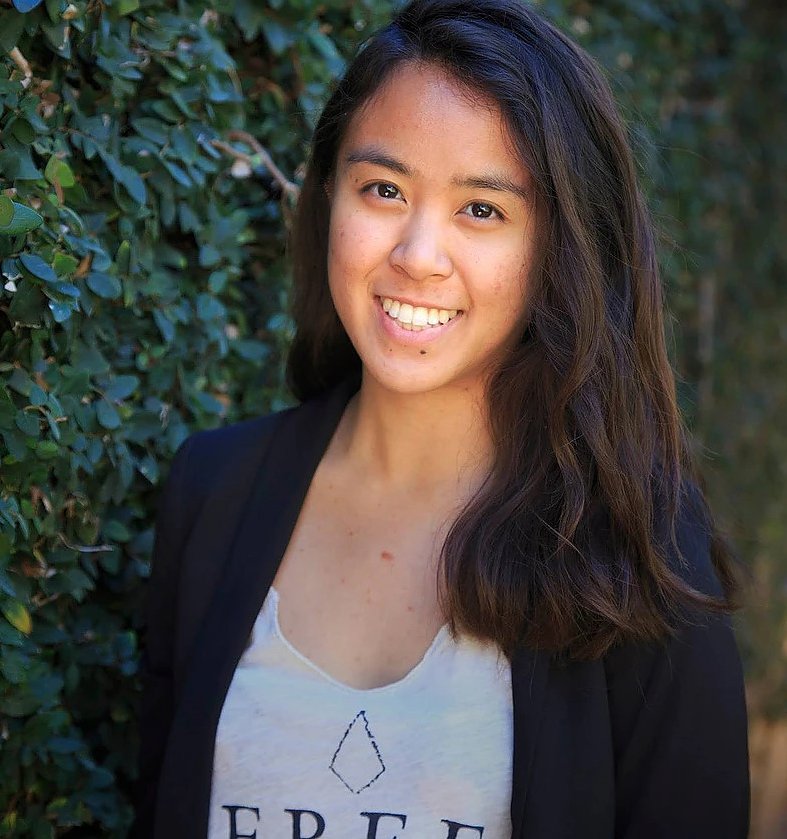 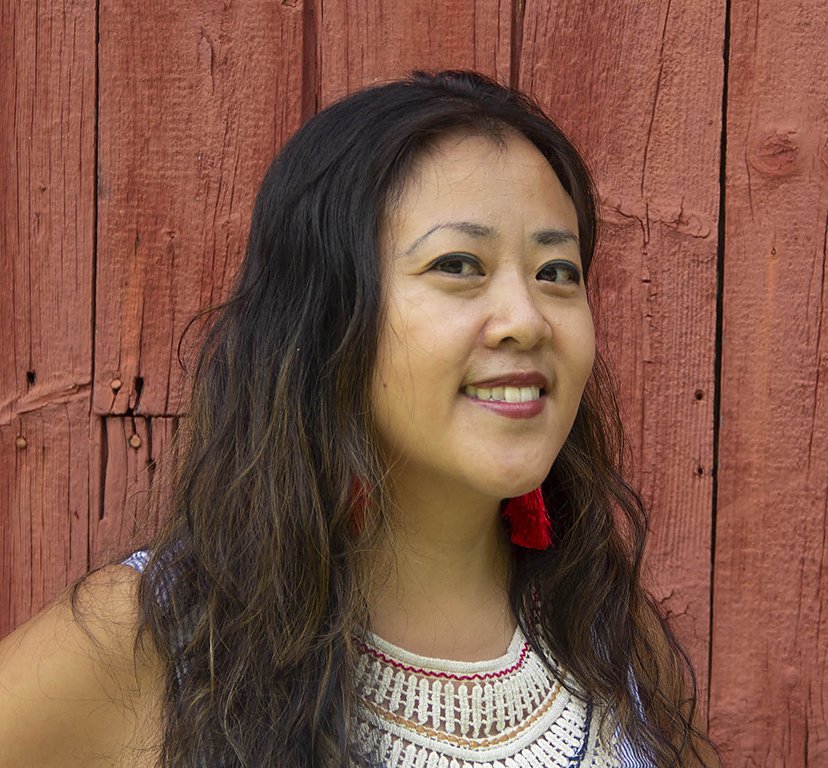 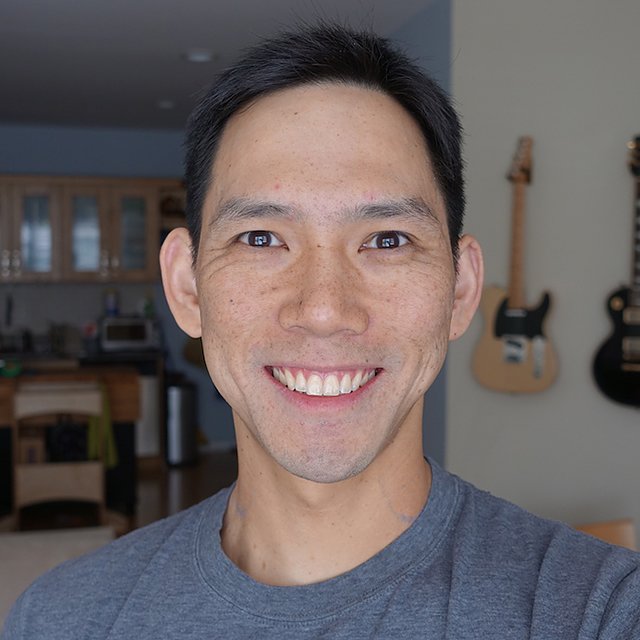 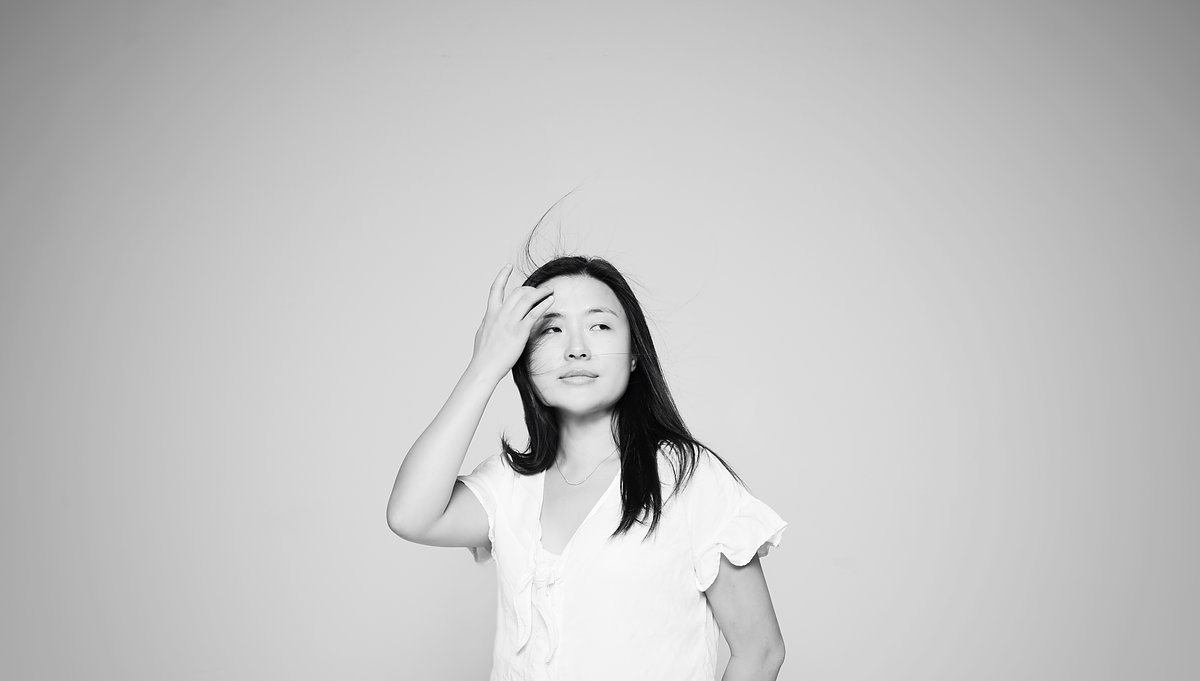 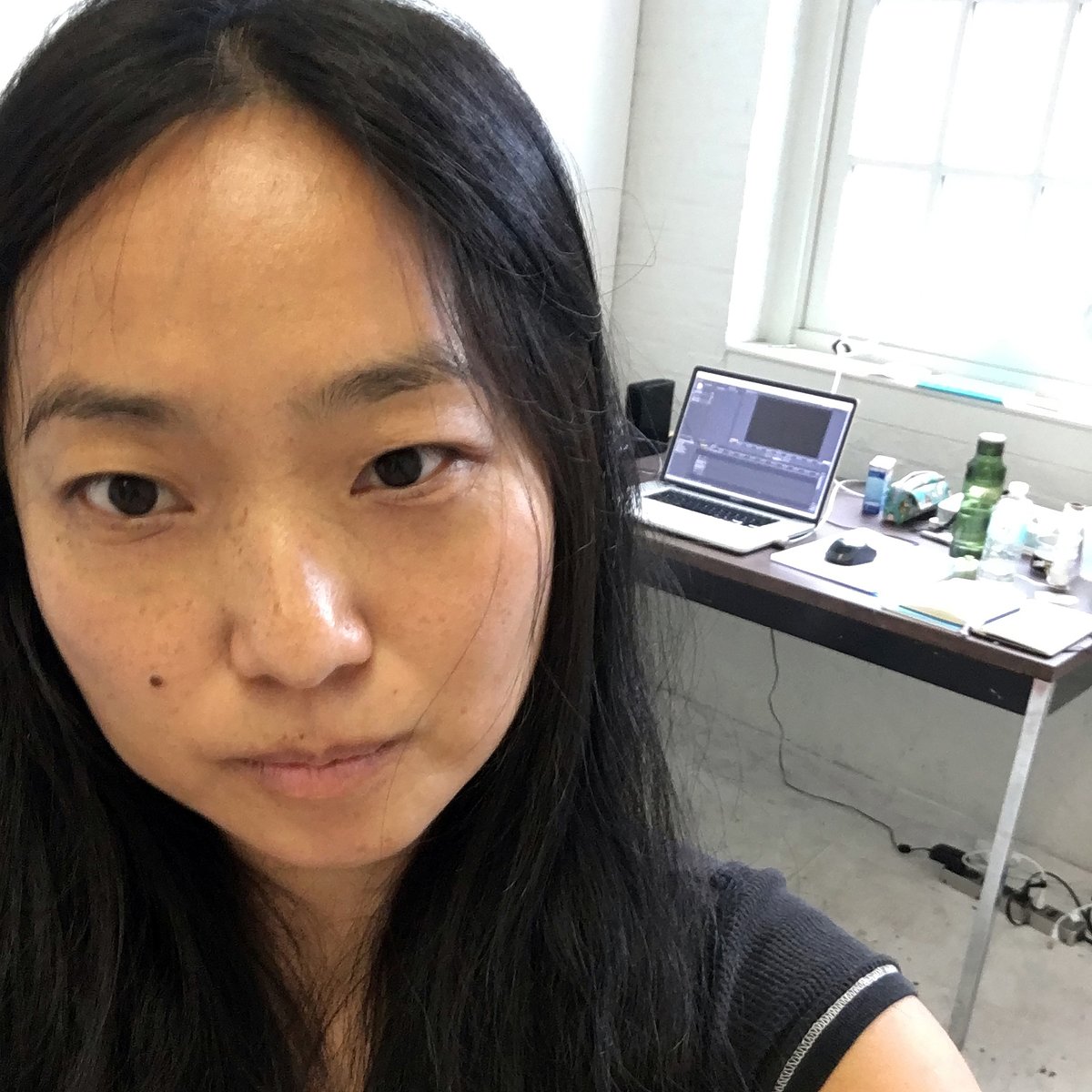 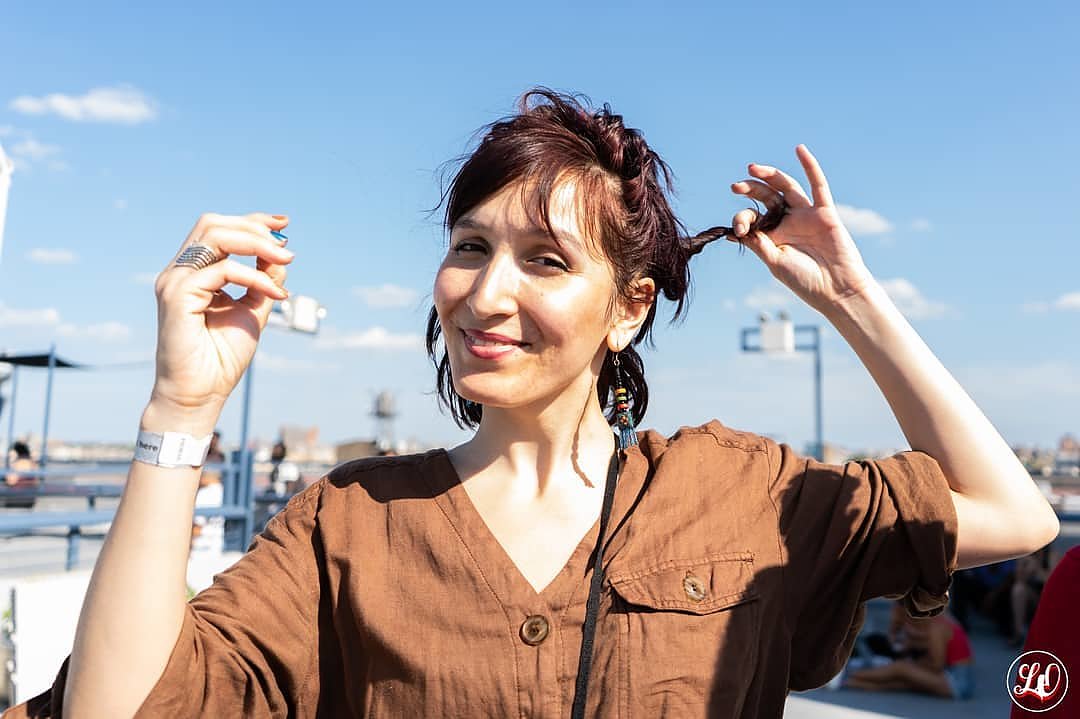 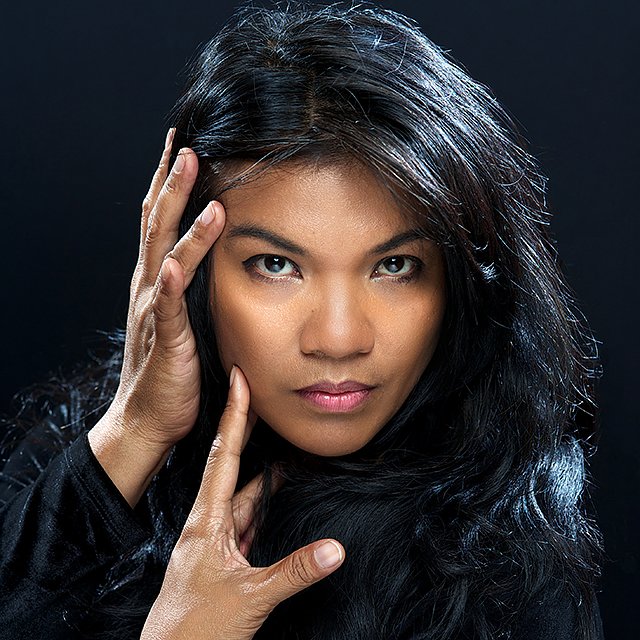 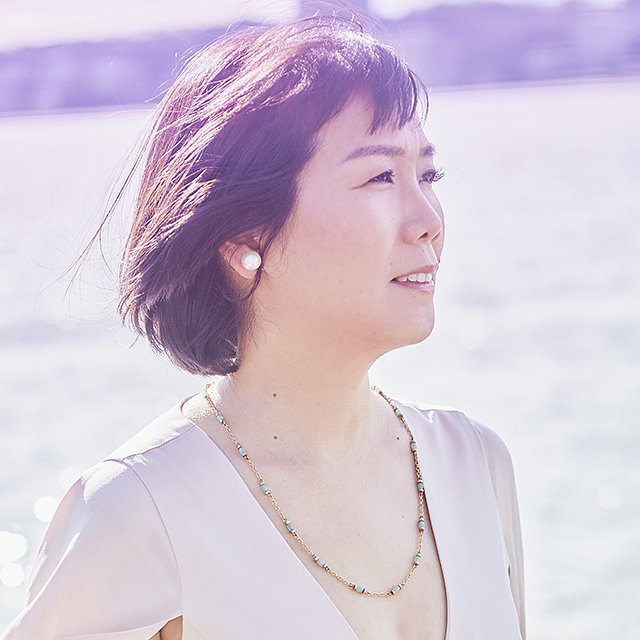 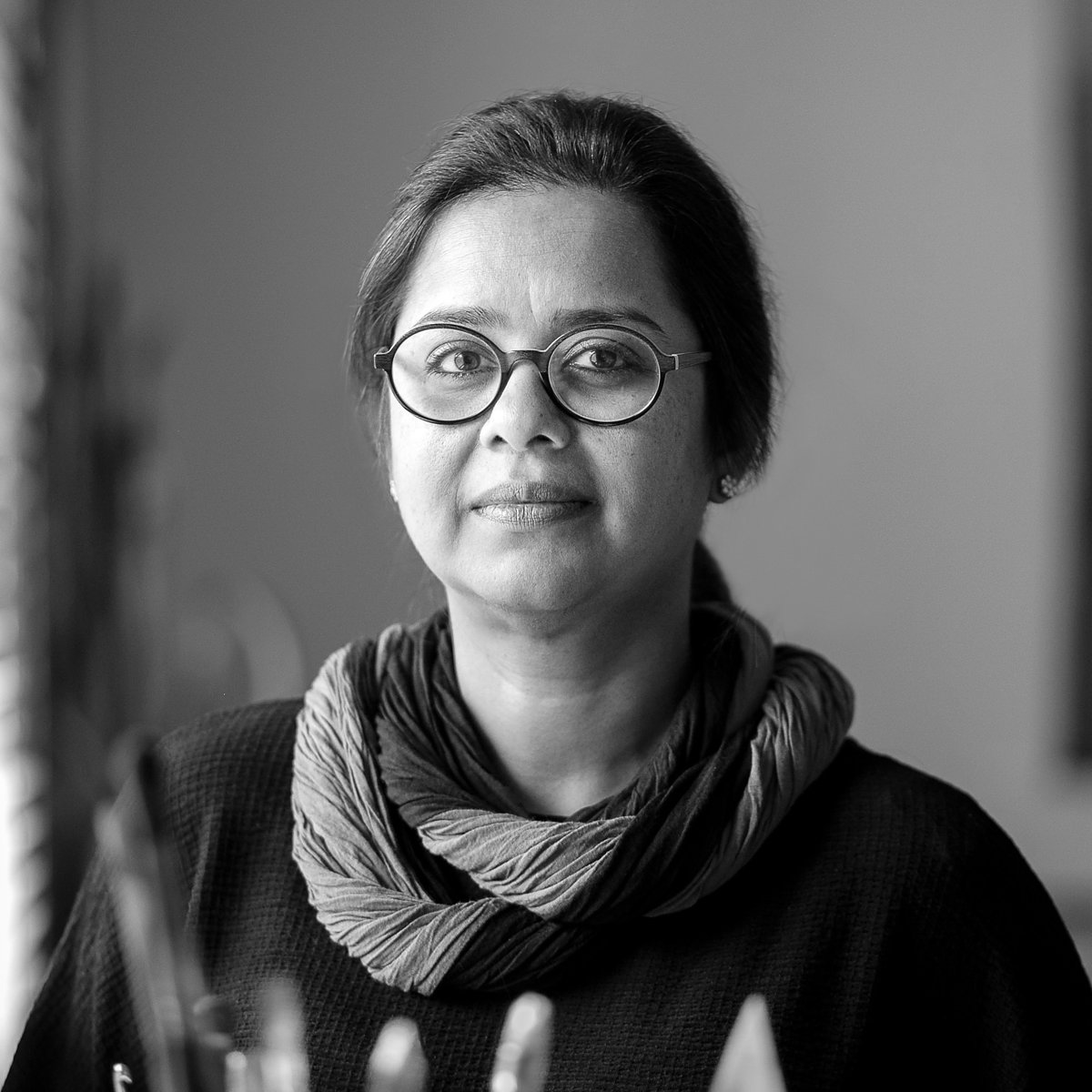 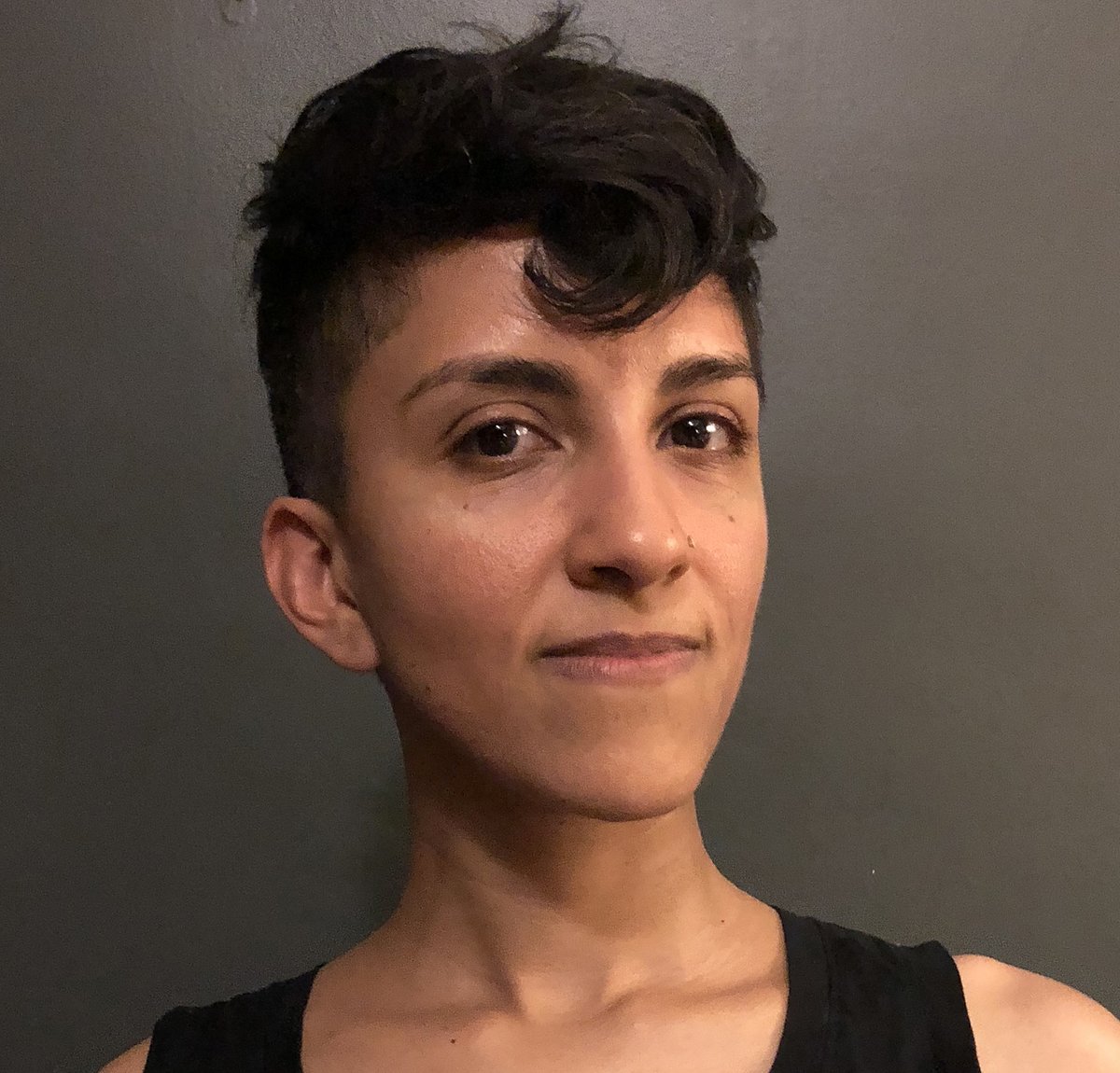 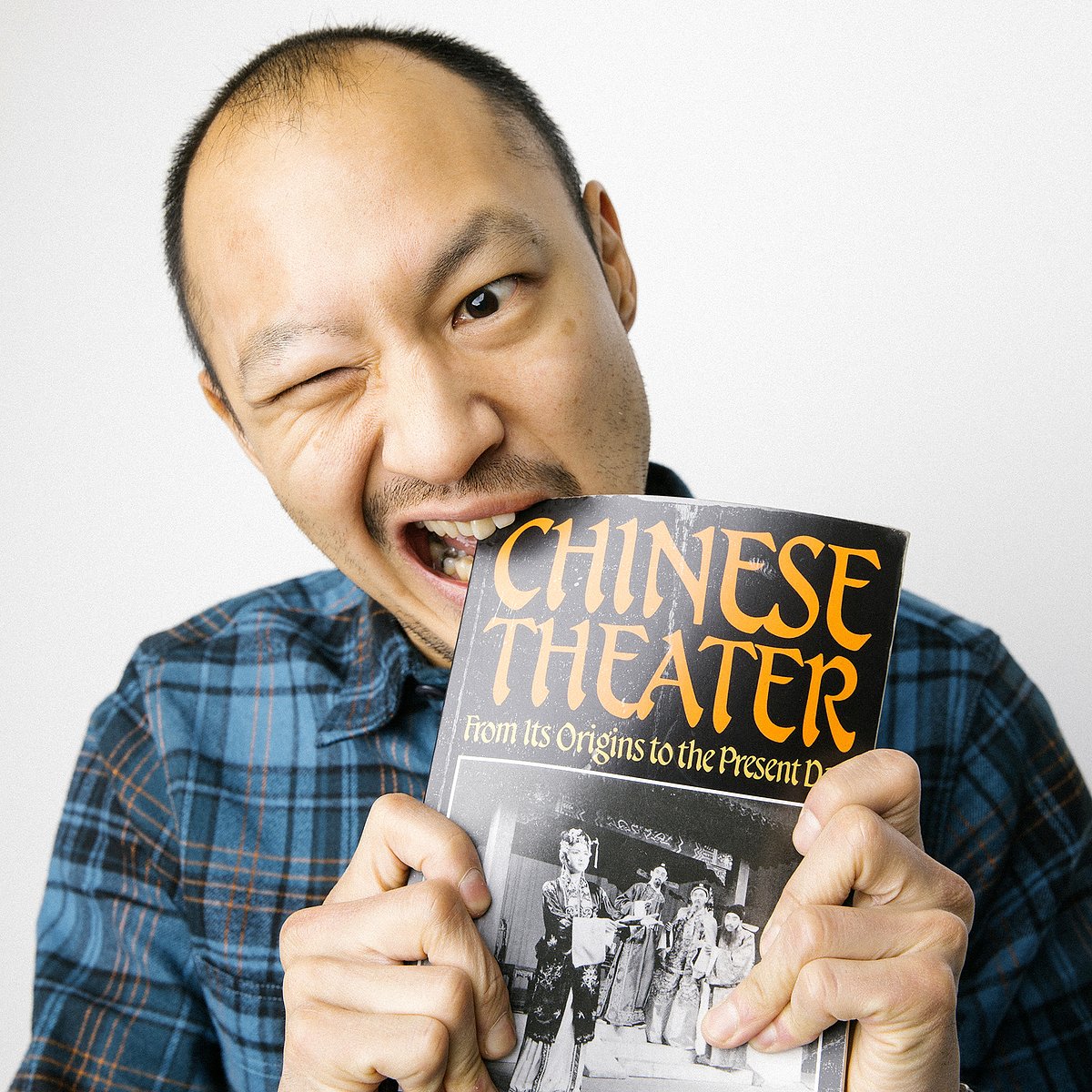 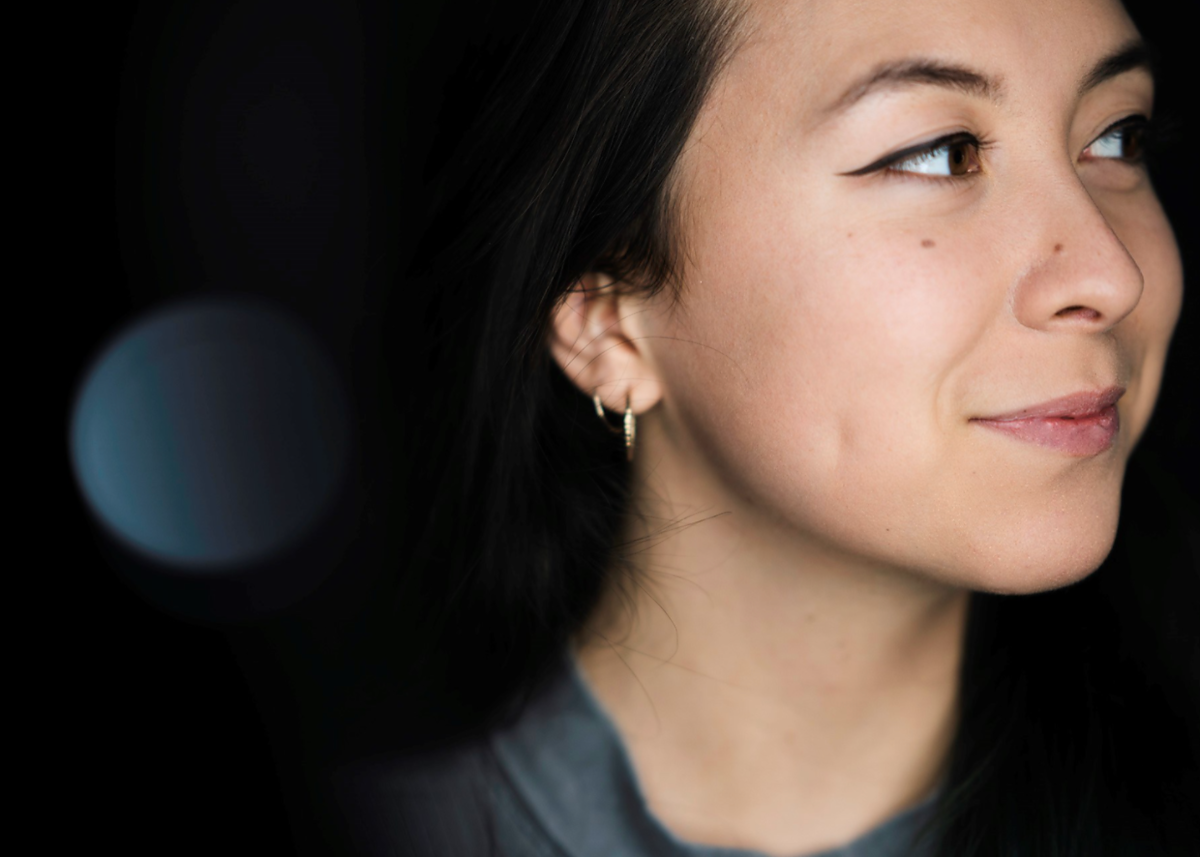 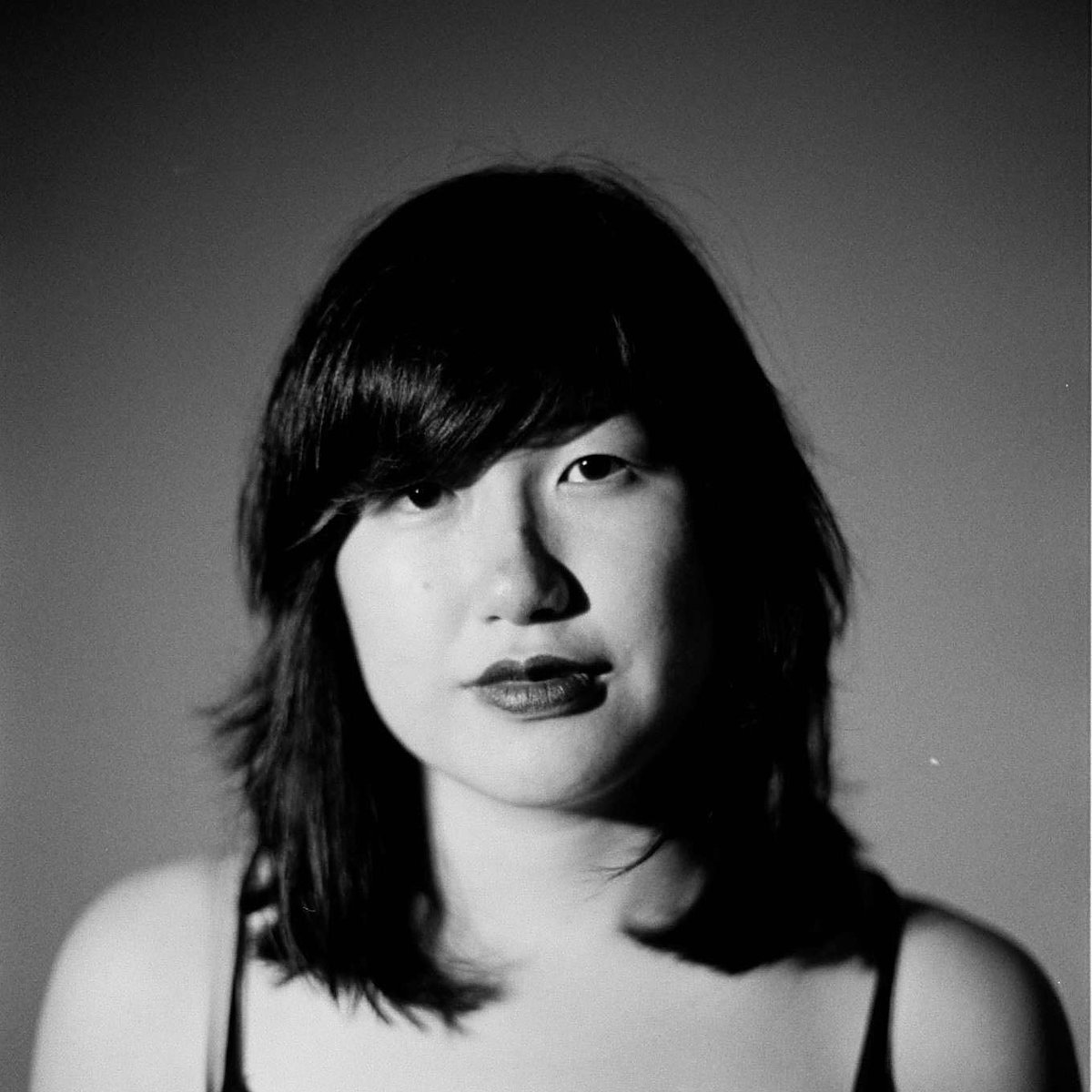 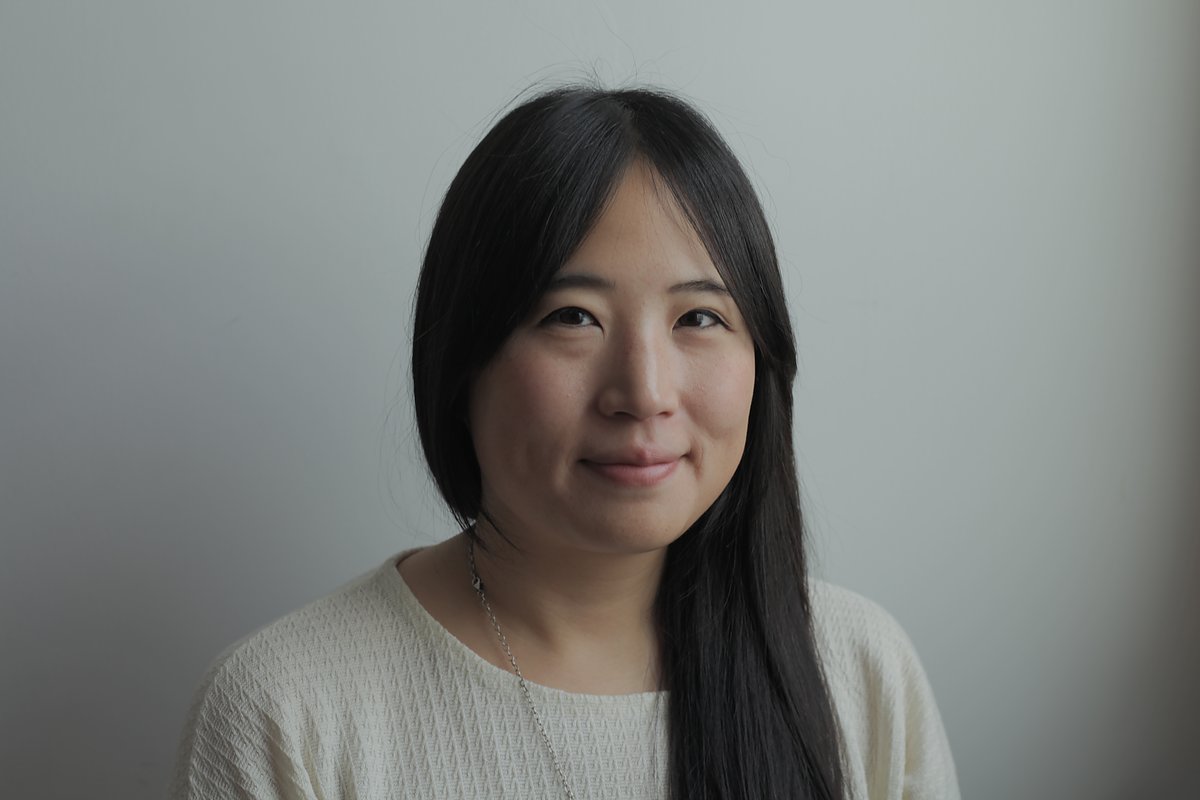 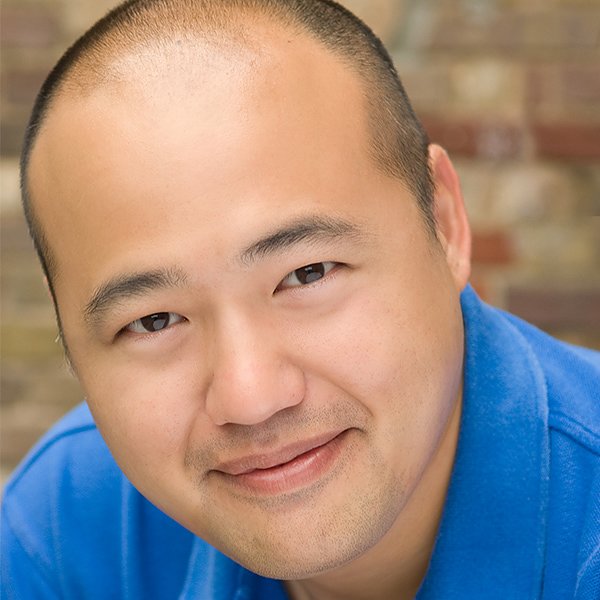 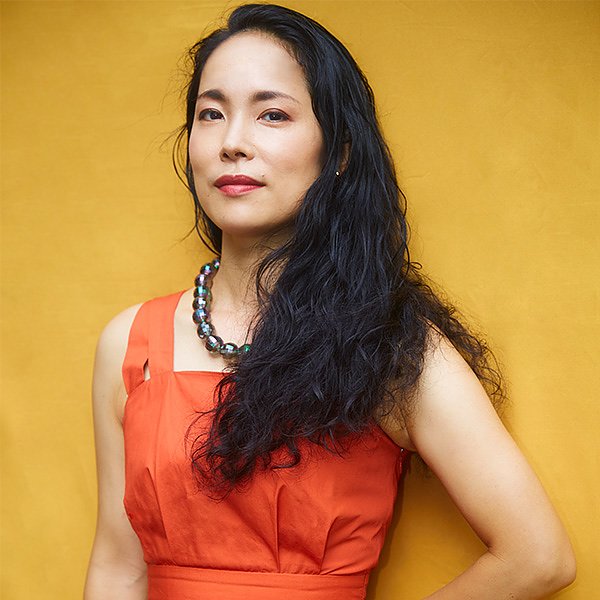 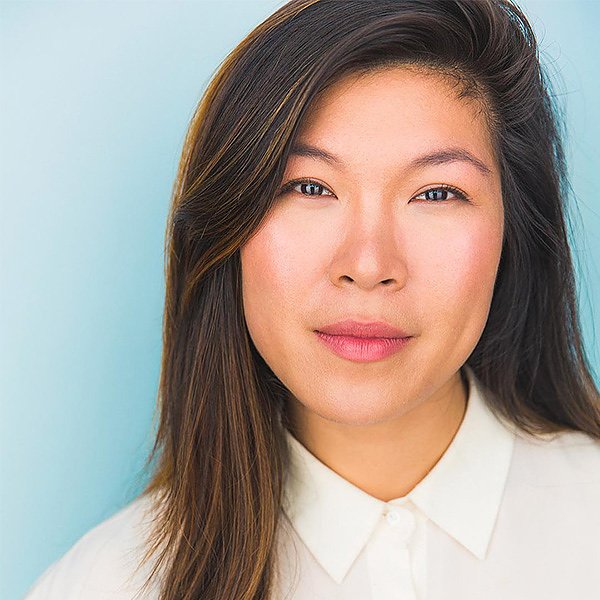 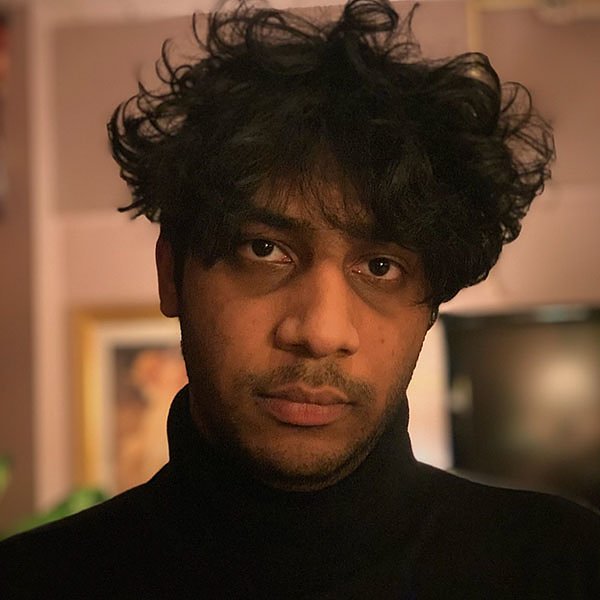 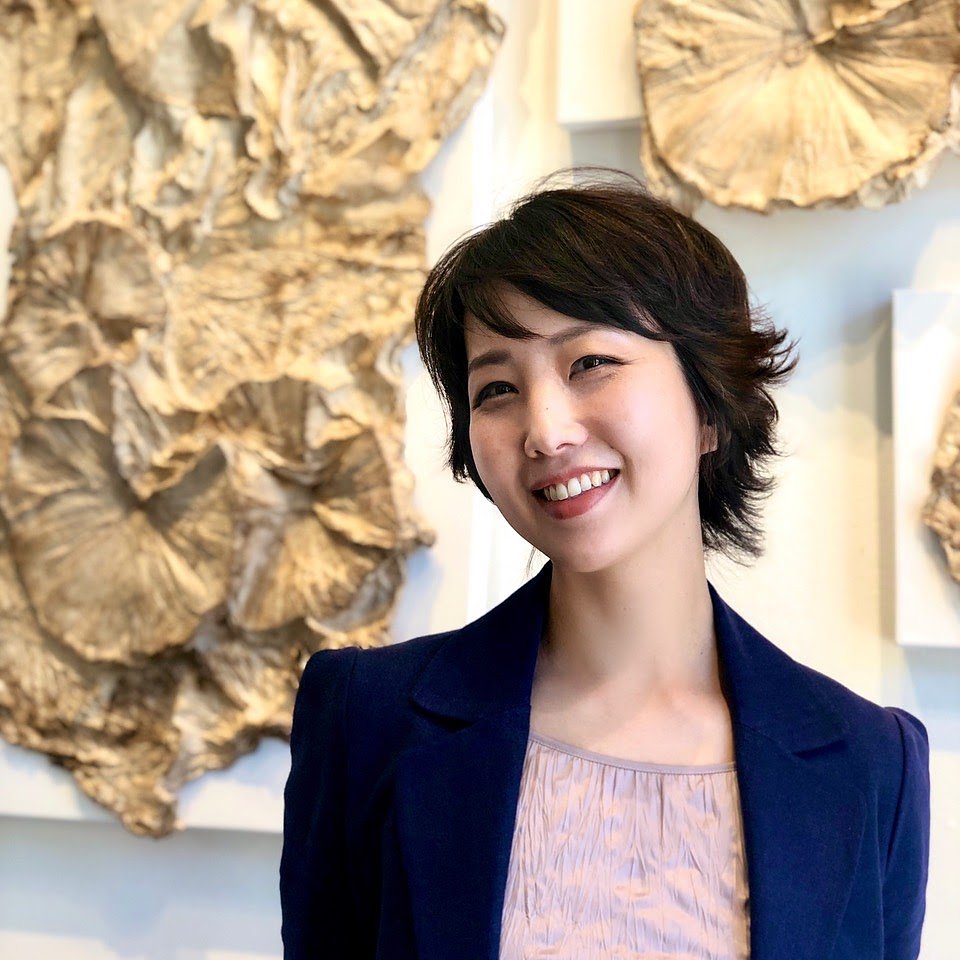 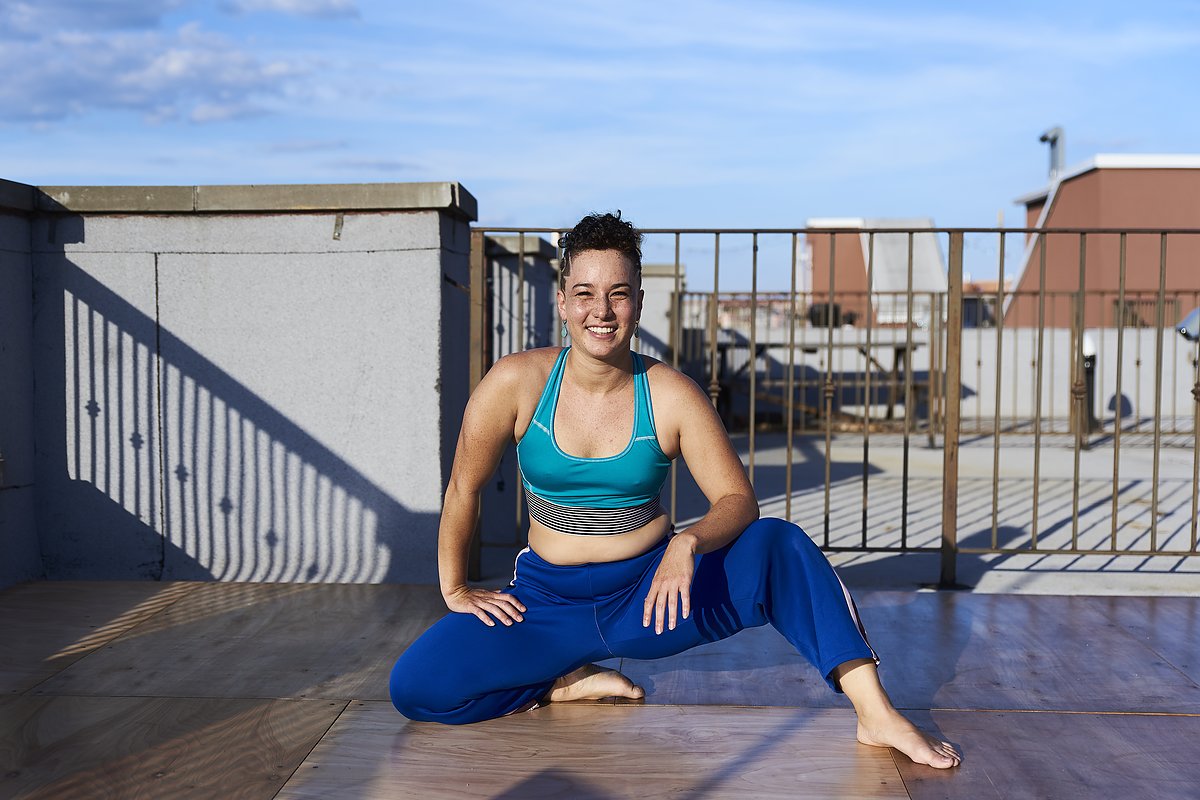 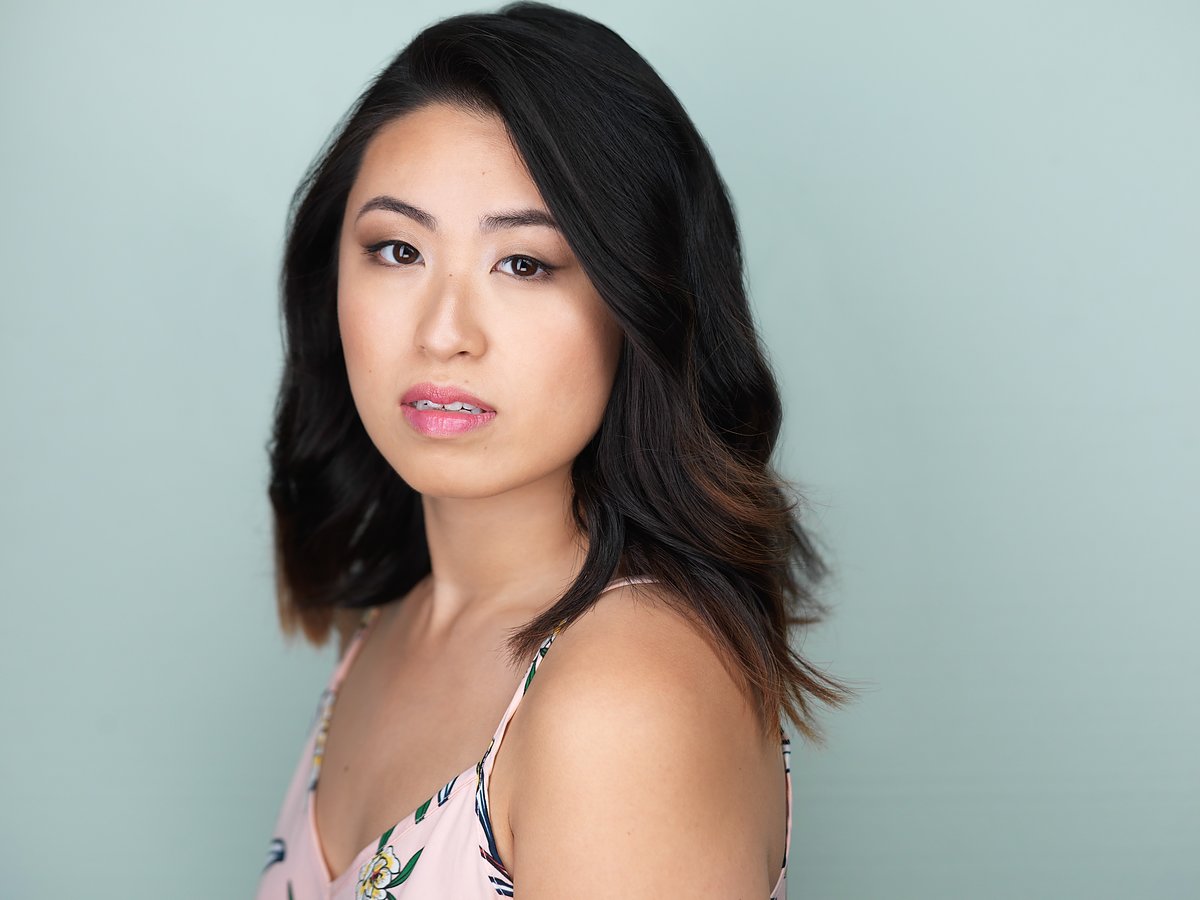 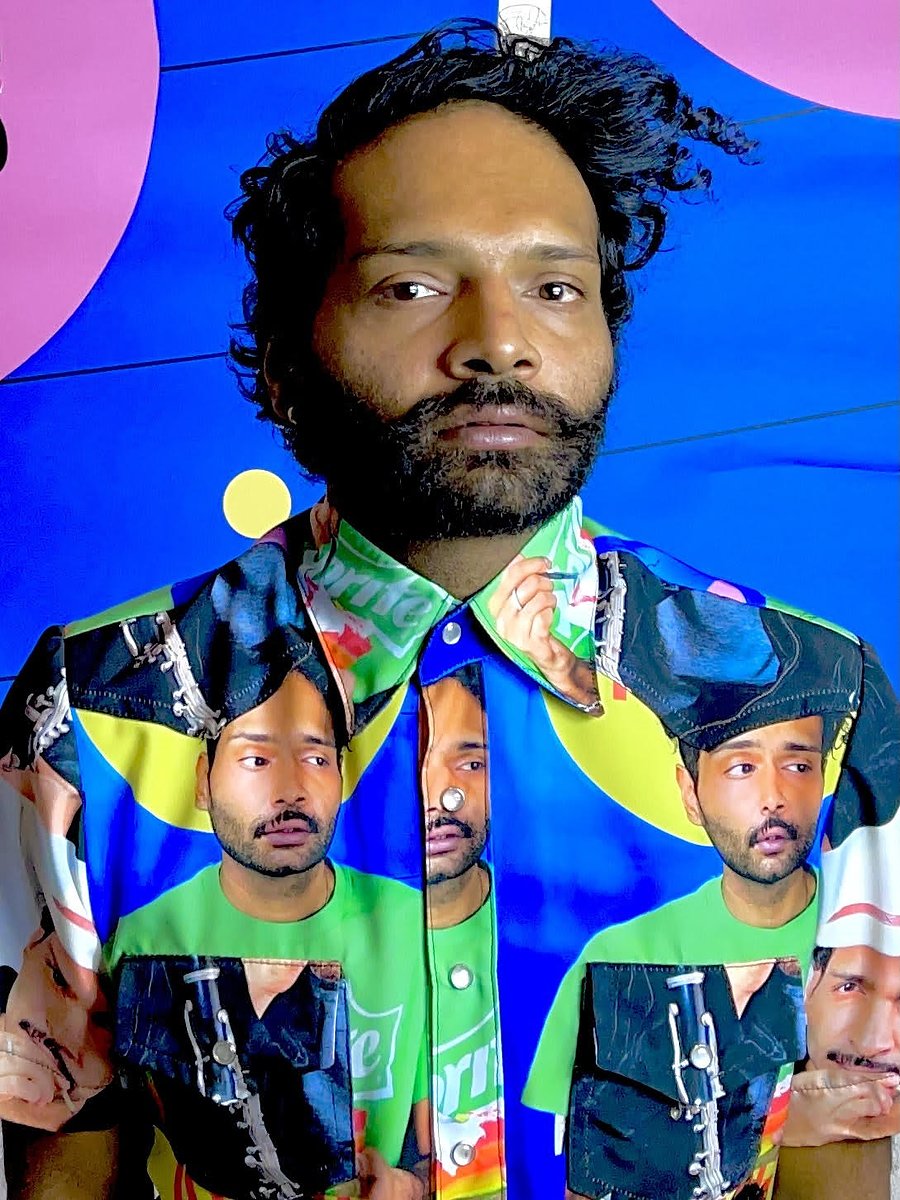 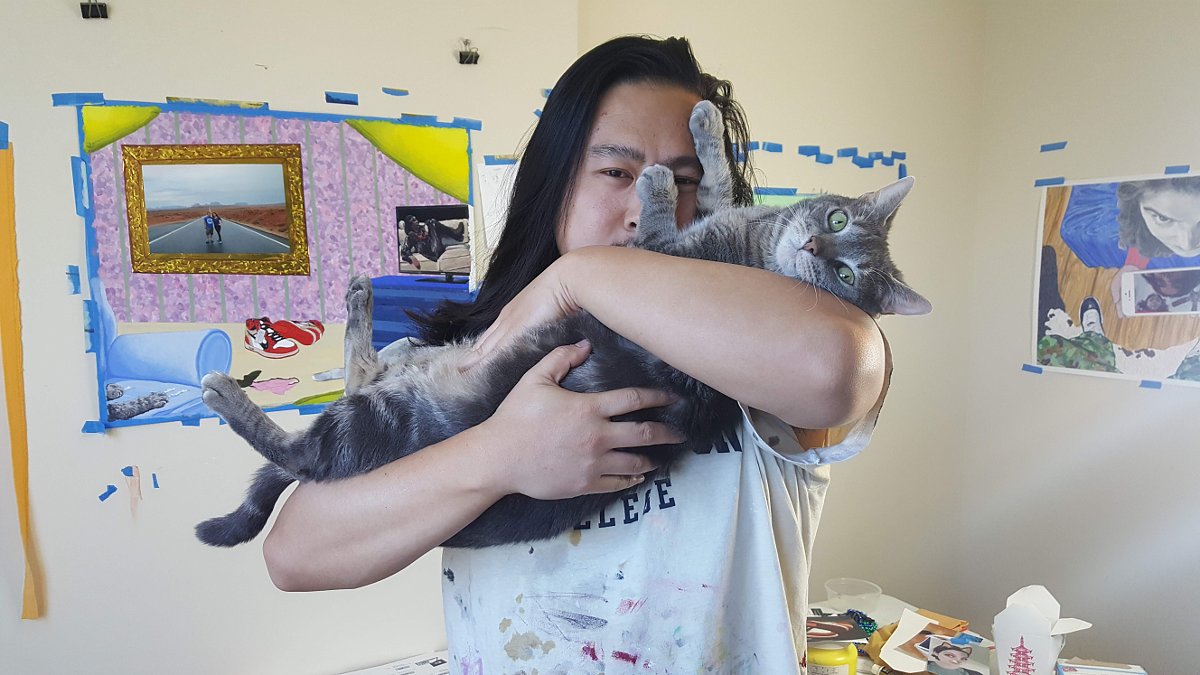